Stuttgart/Hamburg. Top sport and spectacular sports cars: with a strong starting line-up and exclusive off-course attractions, the 2022 Porsche European Open from 2 to 5 June guarantees a special live experience for not only golf and sports car fans. Alongside the Porsche Brand Ambassador Paul Casey, the title-holder Marcus Armitage and the German majors winner Martin Kaymer, the list of top golfers set to compete on the Green Eagle Golf Courses’ Porsche Nord Course also includes the Englishman Tommy Fleetwood. The 2018 Ryder Cup hero and ambassador for the tournament partner TAG Heuer was in action for the last time in Germany four years ago and primarily competes on the US PGA Tour. Swede Henrik Stenson will be making his first appearance as the European Ryder Cup captain in Europe. After a number of wins on the DP World Tour, many Danish fans have high hopes for the twins Nicolai and Rasmus Højgaard, 21, and the future of European golf.

“I’m really looking forward to the Porsche European Open, where the event experience for the visitors plays a prominent role alongside top sport and the fascination for this great game,” says Deniz Keskin, Director Brand Management and Partnerships at Porsche. “For me, it’s a highlight in my calendar and I hope there’ll be lots of enthusiastic fans at the tournament.”

The stars at the Green Eagle Golf Courses venue in Winsen/Luhe not far from Hamburg will also include two top class sports cars. The leading pro at the end of each day gets to take up a seat in the most popular Porsche amongst the players. This year’s Leader’s Car, which is available for the tournament leader for his journeys from and to the venue, will this year have a slightly even more exclusive appearance. The Hamburg designer Flemming Pinck, himself a passionate golfer and Porsche fan, has given the Taycan Sport Turismo a paintjob resembling the 18th hole on the Porsche Nord Course.

The most powerful model of the latest body variant of the Taycan will sit enticingly on the challenging 17th hole as the hole-in-one car. A Turbo S Sport Turismo in Neptune Blue is the spectacular prize for an ace. In addition to the pros, adult visitors have the opportunity at the Porsche Public Hole-in-One to qualify with a successful 30-metre putt for a final shoot-out at the end of play on the 17th hole. Whoever comes up with an absolute dream shot will fulfil the dream of winning the official hole-in-one car. In the Public Village, the Porsche World offers a wide range of activities for visitors as well as an exciting look at other models from Zuffenhausen – including exclusive vehicles that are only rarely to be seen, such as the recently presented Porsche 911 Sport Classic.

Awaiting Porsche customers at one of the venue’s most attractive places between the 17th green and the 18th tee is the Porsche Owners’ Lounge with a spacious roof terrace and an exceptional view of the tournament. All Porsche owners can gain admission upon presenting their car key.


Porsche in golf
Porsche has been the title sponsor of the Porsche European Open, a DP World Tour event, since 2015 and the automobile manufacturer expanded its involvement in professional golf with automotive partnerships at tournaments on the Asian and the DP World Tour since 2019. Porsche has also been organising the Porsche Golf Cup for more than three decades. The tournament series is one of the company’s most successful customer events. Held for the first time in Germany in 1988, the Porsche Golf Cup has developed into an international event in which over 17,000 Porsche customers recently took part in 261 worldwide qualifying tournaments. Also highly successful is the Porsche Golf Circle, an international app-based community for keen golf-playing Porsche customers that was launched in 2017. The Porsche Golf Circle now has about 4,000 members. Paul Casey has been complementing the Porsche family as the first Brand Ambassador from the game of golf since 2020.


The consumption and CO2 emission values were calculated according to the new Worldwide Harmonised Light Vehicle Test Procedure (WLTP). The NEDC values derived from this must continue to be specified for the time being. These values cannot be compared to the values calculated based on the NEDC measuring procedure used up to now.
Further information on the official fuel consumption and official, specific CO2 emissions of new passenger cars is available in the “Guidelines on fuel consumption, CO2 emissions and power consumption of new passenger cars” which are available free of charge from all sales outlets and from Deutsche Automobil Treuhand GmbH.
Communications, Sustainability and Politics
Event and Sports Communications
Markus Rothermel
Phone: +49 (0) 711 / 911 25117
E-mail: markus.rothermel@porsche.de
Testo 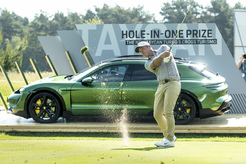 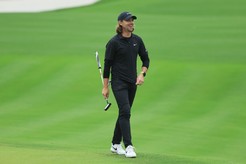 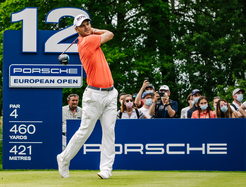 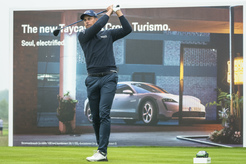 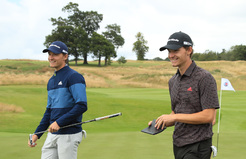 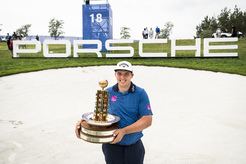 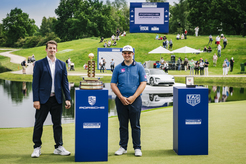 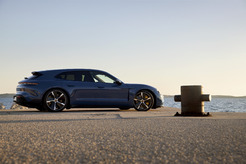 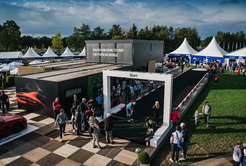 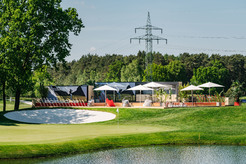