Stuttgart. Elina Svitolina against Petra Kvitova in the quarterfinal of the Porsche Tennis Grand Prix. The world No. 5 will meet the title holder and world No. 10.

Did you know that…

…the two will play each other for the first time on clay? All the previous ten matches were on a hard court.

…Kvitova has won five of her previous 28 WTA titles on clay? Svitolina’s record is four from 15.

…Svitolina also reached the quarterfinals at her first appearance in Stuttgart in 2018? She did not go any further as she lost to France’s Caroline Garcia 6-7, 6-4, 6-2.

…Svitolina has already stood four times in a quarterfinal this year, but has only won one? In Miami, the semifinals marked the end of her campaign as she lost 6-3, 6-3 to Ashleigh Barty.

…title holder Kvitova (2019) is one of two Porsche Tennis Grand Prix winners in the quarterfinals alongside her countrywoman Karolina Pliskova (2018)?

…Kvitova is making her eight appearance in Stuttgart?

…Kvitova has successfully defended a title twice in her career – 2015 in New Haven and 2018 in Birmingham?

…Kvitova has only made it to the quarterfinals once this year? It came in Doha where she went on to win the title.

Service for all the media representatives
Our new media hub containing all the relevant information about the Porsche Tennis Grand Prix like press releases, match results, statistics, audio recordings of press conferences with players and photos is available via the Porsche Press Data Base at presse.porsche.de/mediahub. Further contents can be found in the Porsche Tennis Media Guide. 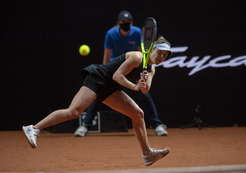 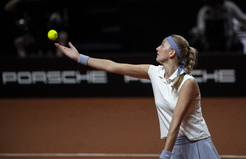