Exciting matches and surprises at the start of qualifying

Stuttgart. Action-packed start to the Porsche Tennis Grand Prix. In the first round of qualifying, 24 players from 12 nations served up exciting matches in the battle for one of the six remaining main draw berths at the long-established Stuttgart tournament. The Porsche Junior Team’s Noma Noha Akugue sprang the day’s biggest surprise when comfortably beating the No. 1 seed Margarita Gasparyan 6-3, 6-4. Only 17-years old, the current German champion is ranked an incredible 698 places below the Russian. In the final round on Sunday, Noma Noha Akugue will face fellow German Nastasja Schunk from the Porsche Talent Team, who defeated Daniela Seguel (Chile) 6-4, 6-4.

A second Porsche Junior Team member has also progressed to the next round. Julia Middendorf won 4-6, 6-1, 6-3 against the Croatian Jana Fett. Her opponent in the contest for the main draw ticket will be her countrywoman, Tamara Korpatsch. After the Porsche Talent Team’s Katharina Gerlach downed the Romanian 6-3, 7-5 Laura-Ioana Paar, two Porsche Team Germany players also booked their places in the final round of the strong qualifying tournament: Anna-Lena Friedsam took her chance in a match lasting two hours 20 minutes by eventually overcoming her club teammate Stephanie Wagner 6-4, 4-6, 6-3. Mona Barthel from the local TEC Waldau Stuttgart club, who last stood in the singles main draw at the Porsche Tennis Grand Prix back in 2015, won 6-1, 6-4 against the Italian Martina Caregaro. The final round of qualifying begins at 11.00 am on Sunday.

Draw ceremony live on Centre Court
The tournament draw at the Porsche Tennis Grand Prix will take place on Centre Court in the Porsche Arena at 2.00 pm on Tuesday. In attendance at the ceremony will be Ashleigh Barty, the Australian world No. 1, as well as the two-time Stuttgart winner Angelique Kerber. The draw will be televised live on Porsche Tennis TV at porsche-tennis.com live.

Service for all the media representatives
Our new media hub containing all the relevant information about the Porsche Tennis Grand Prix like press releases, match results, statistics, audio recordings of press conferences with players and photos is available to journalists at the start of the tournament via the Porsche Press Data Base at presse.porsche.de/mediahub. Further contents can be found at media.porsche.com/mediakit/ptgp2021/de in the Porsche Tennis Media Guide. 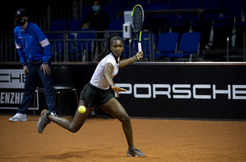 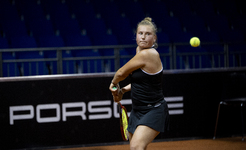 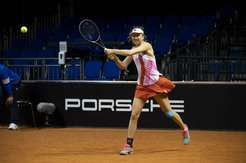 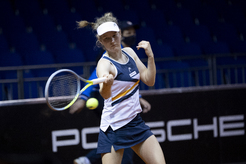 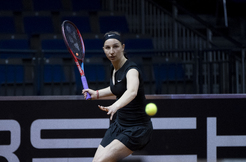 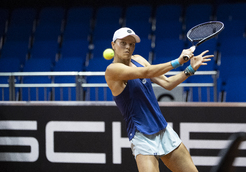 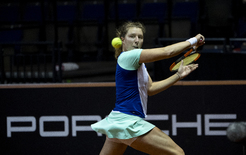