Stuttgart. The Porsche customer team Wright Motorsports has secured fourth place in the GTD class at the 24 Hours of Daytona. Factory driver Patrick Long from the USA shared driving duties in the No. 16 Porsche 911 GT3 R with his compatriot Trent Hindman, Jan Heylen from Belgium and Klaus Bachler from Austria. Over long stretches, the 500+hp GT3 vehicle fielded by the team from the U.S. state of Ohio was on course for a podium result, however, a collision cost the squad considerable time. The Hardpoint EBM team’s first outing fielding a Porsche 911 GT3 R concluded with tenth place.

Under blue skies and in temperatures exceeding 20 degrees Celsius, the 59th edition of the endurance classic began on Saturday afternoon with multiple incidents and yellow flags. “There were fierce battles like in a sprint race,” says Sebastian Golz, Project Manager Porsche 911 GT3 R. “The collisions in this intense long-distance event resulted in a lot of repair work, and one of our cars even had to retire. We held our position in the top five over the distance, but unfortunately this year, we missed out on claiming a podium step by ten seconds. Congratulations to Wright Motorsports on finished a strong fourth. The points are very important for the championship. Next up is Sebring.”

Keeping a cool head, Jan Heylen brought the No. 16 car through the heavy traffic of the GTD class unscathed and, in the process, even made up positions. After five and a half hours, the Porsche 911 GT3 R took the lead for the first time. Over the following laps, the team maintained the pace of the front-running pack. However, a collision during the night threw a spanner in the works. The vehicle was able to continue but with significant damages on the left of the car. Despite the challenging circumstances, Heylen, Long, Bachler and Hindman fought valiantly but were unable to launch a final attack for the podium. Hardpoint EBM with drivers Earl Bamber from New Zealand, Rob Ferriol from the USA, Denmark’s Christina Nielsen and Katherine Legge from Great Britain were seriously hampered by a faulty front splitter and ultimately took the flag in tenth place after a solid performance.

For the WeatherTech Racing team, which fields a Porsche 911 RSR in the GTLM class with the support of Proton Competition for the 2021 season, the race was over before it had even started. Works driver Kévin Estre had lined up in third place for the start. Shortly before the green flag came out on Saturday at 3:40 pm, a BMW crashed into the rear of his car. The Frenchman was unable to avoid a spin and collided with another vehicle. Repairs to the damage at the front and rear of the ca. 515 hp car threw the squad 14 laps behind. Making the most of the 13 caution phases, among other things, Estre and his works driver teammates Richard Lietz from Austria and Gianmaria Bruni from Italy, as well as the American Cooper MacNeil, slashed the gap by four laps, however they were not able to catch up to the GTLM field. The No. 79 car concluded the race in sixth place.

Bad luck also plagued the Pfaff Motorsports squad in the GTD class for vehicles complying with GT3 regulations. For almost 20 hours, the No. 9 red and black racer ran among the frontrunners. The car driven by the two works drivers Laurens Vanthoor from Belgium and Australian Matt Campbell as well as the Canadian Zacharie Robichon and Porsche’s development driver Lars Kern (Germany) sustained considerable damage in a collision and came to a standstill on the track. The repairs, including fitting a new half-shaft, took around 80 minutes. The vehicle still managed to cross the finish line in twelfth place after 24 hours and collected some points towards the championship. The Porsche 911 GT3 R campaigned by the TGM squad with American amateur drivers Ted Giovanis, Matt Plumb, Hugh Plumb and Owen Trinkler had to retire early after 515 laps with a power transmission fault.

Round two of the IMSA WeatherTech SportsCar Championship, the tradition-steeped 12 Hours of Sebring, is contested on 20 March.

Drivers’ comments on the race
Richard Lietz (Porsche 911 RSR #79): “The start was beyond adventurous. Kévin was driving and got shunted from behind. The car was badly damaged in the accident. Our team did a terrific job and fixed everything, but the gap was simply too big. Our strategy was perfect and we were able to make up five laps, but unfortunately, we couldn’t catch the frontrunners. We would’ve needed many more safety car phases to achieve that. So, we finished sixth.”

Patrick Long (Porsche 911 GT3 R #16): “We were going really well and had our eye on the podium over long stretches. At times we even had a faint hope of a class win. A nudge with the No. 9 Porsche left our car in bad shape. The damages to the body hampered us on the straights. It’s a shame. Still, fourth place gives us a lot of championship points. I prefer to focus on this positive aspect. I’m now looking forward to Sebring.”

Katherine Legge (Porsche 911 GT3 R #88): “It was a great experience to drive at Daytona with the Hardpoint EBM team. The Porsche 911 GT3 R was huge fun to drive. Unfortunately, a faulty splitter hampered us significantly. Under these conditions, we couldn’t do better than tenth. It’s definitely not the result we’d anticipated at the start.”

Matt Campbell (Porsche 911 GT3 R #9): “It’s a pity. We were looking really strong during the night, and our hopes were high. Unfortunately, an incident resulted in considerable damage. Still, the team put in a massive effort and managed to get our No. 9 car back in the race. At least we earned important points for Pfaff Motorsport and for the regular drivers Laurens and Zach.”

Ted Giovanis (Porsche 911 GT3 R #64): “All in all, my first race at Daytona was a great experience. Our team worked perfectly, and my teammates did a flawless job. Obviously, we’re disappointed that we didn’t finish, but I gained a lot of amazing impressions. I learned a lot, especially about physical exertion. Next time I’ll make sure I’m fitter when I compete. I’m exhausted. It’s like my first marathon. I was totally exhausted, but I still took part in a second one.” 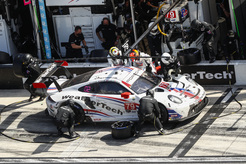 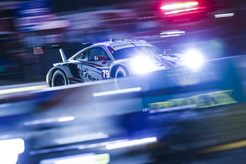 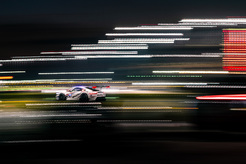 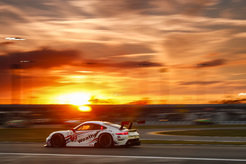 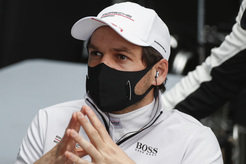 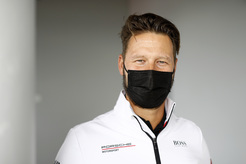 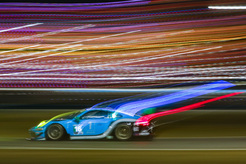 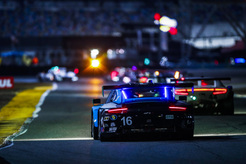 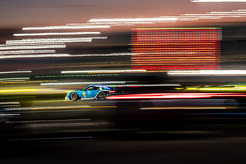 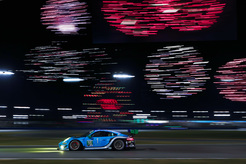 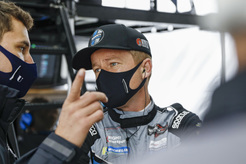 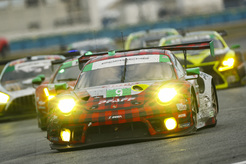 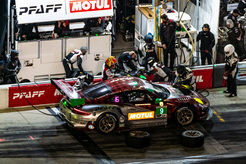 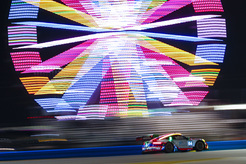 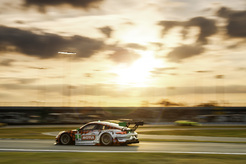 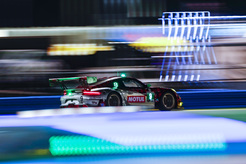 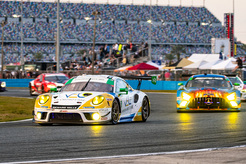 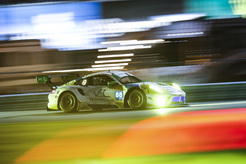 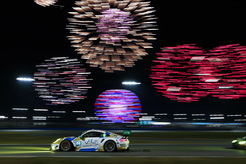 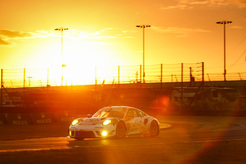 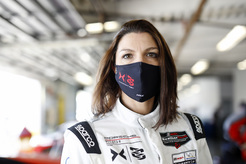 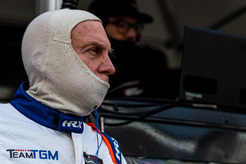 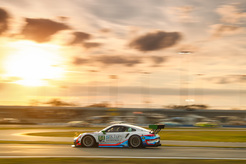 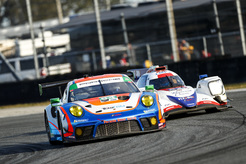 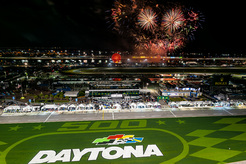